Born to Wilbur and Joy Thomas, Sheriff Chris Thomas is a resident of Richlands, NC, and was born in Jacksonville. 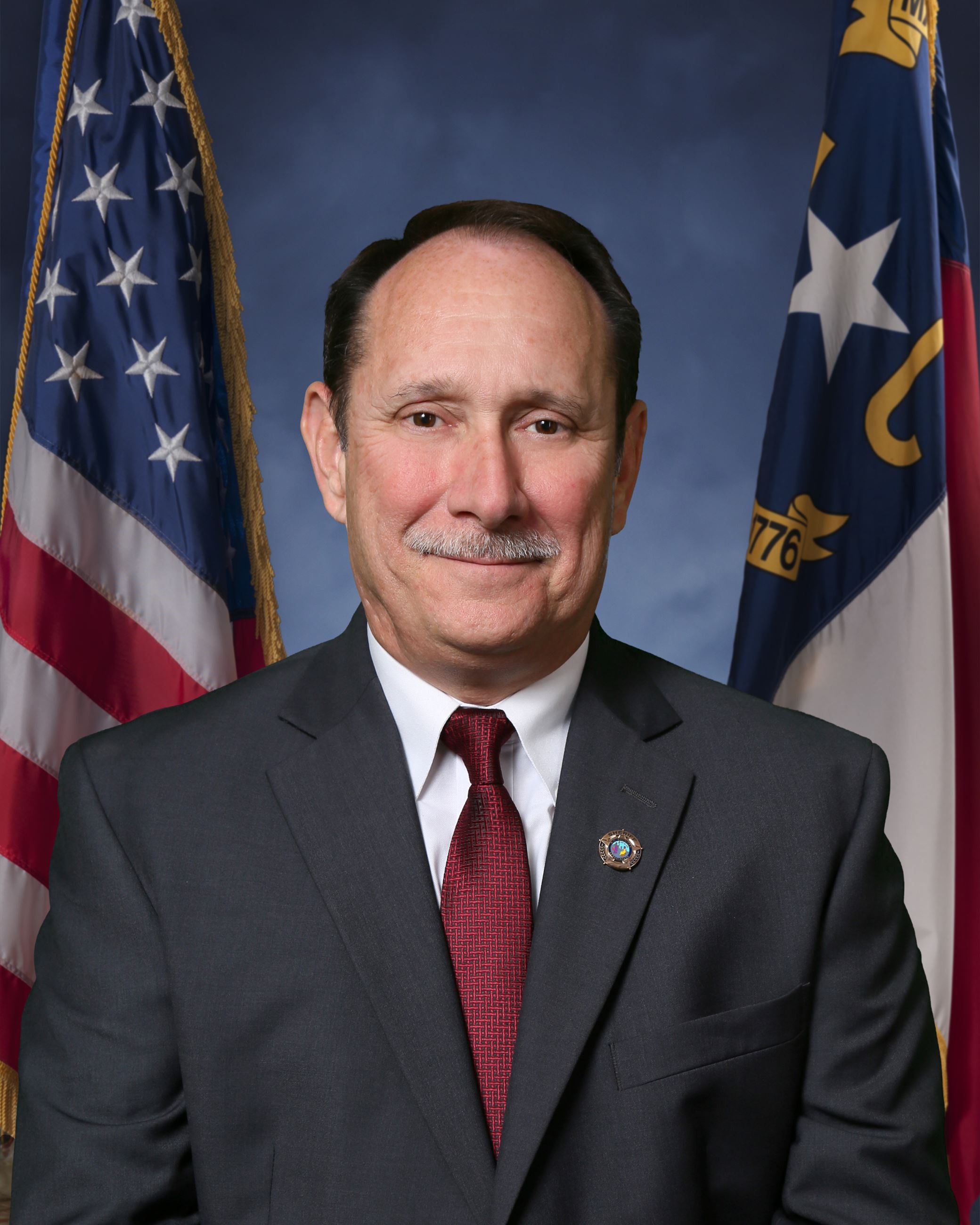 After serving as a deputy sheriff, Sheriff Thomas accepted a position as a special agent with the North Carolina State Bureau of Investigation. Sheriff Thomas specialized in drug enforcement as a special agent, apprehending suspected drug traffickers and gaining convictions in over 1,000 drug investigations throughout his law enforcement career. Sheriff Thomas gained training and experience as a corruption investigator and assisted and led investigations into government misconduct cases and officer-involved shootings. While working as a special agent, Sheriff Thomas received the Organized Crime and Drug Enforcement Task Force Case of the Year Award and retired as the Assistant Special Agent in Charge (ASAC) of the Coastal District. As ASAC, Sheriff Thomas supervised special agents assigned to the Coastal District, encompassing ten counties, including Onslow. He retired from the NC SBI in 2013 and received the Order of the Long Leaf Pine for over 30 years of service to the State of North Carolina. After retiring from the SBI, Sheriff Thomas knew he was not finished serving his community. He joined the Jacksonville Police Department and served as a Special Operations detective, conducting drug investigations for the citizens of Jacksonville.

Sheriff Hans Miller asked Sheriff Thomas to join the Onslow County Sheriff’s Office in 2014 with the rank of Major. Sheriff Thomas was tasked with supervising the Investigations Division of the Onslow County Sheriff’s Office. He supervised over 30 deputy sheriffs and led the division through such high-profile cases as the Mariah Woods murder investigation and the Karen Johnson cold case. Under his leadership, the Sheriff’s Office joined the Internet Crimes Against Children Task Force, established the agency’s first Special Victim’s Unit, expanded the Drug Enforcement Unit, and secured working task force positions with both the Federal Bureau of Investigation’s Safe Streets Task Force and the Drug Enforcement Agency (DEA). Sheriff Thomas was promoted to Colonel in 2019 and took over as Chief Deputy of the Onslow County Sheriff’s Office. He served as second-in-command of the largest law enforcement agency in the county until his election to Sheriff in 2022.

Sheriff Thomas has over 5,000 hours of law enforcement training. He possesses an associate degree in Criminal Justice and a bachelor’s degree in Business Management and Organization from Mount Olive College. Sheriff Thomas is a law enforcement general instructor and specialized firearms instructor. He is also a graduate of the 192nd Session of the Federal Bureau of Investigation’s National Academy.

In his spare time, Sheriff Thomas enjoys outdoor sports, including hunting and fishing. He is an avid shooting enthusiast and a staunch supporter of the Second Amendment. Sheriff Thomas loves spending time with family, and he never misses a chance to go riding on one of his two Harley-Davidson motorcycles.