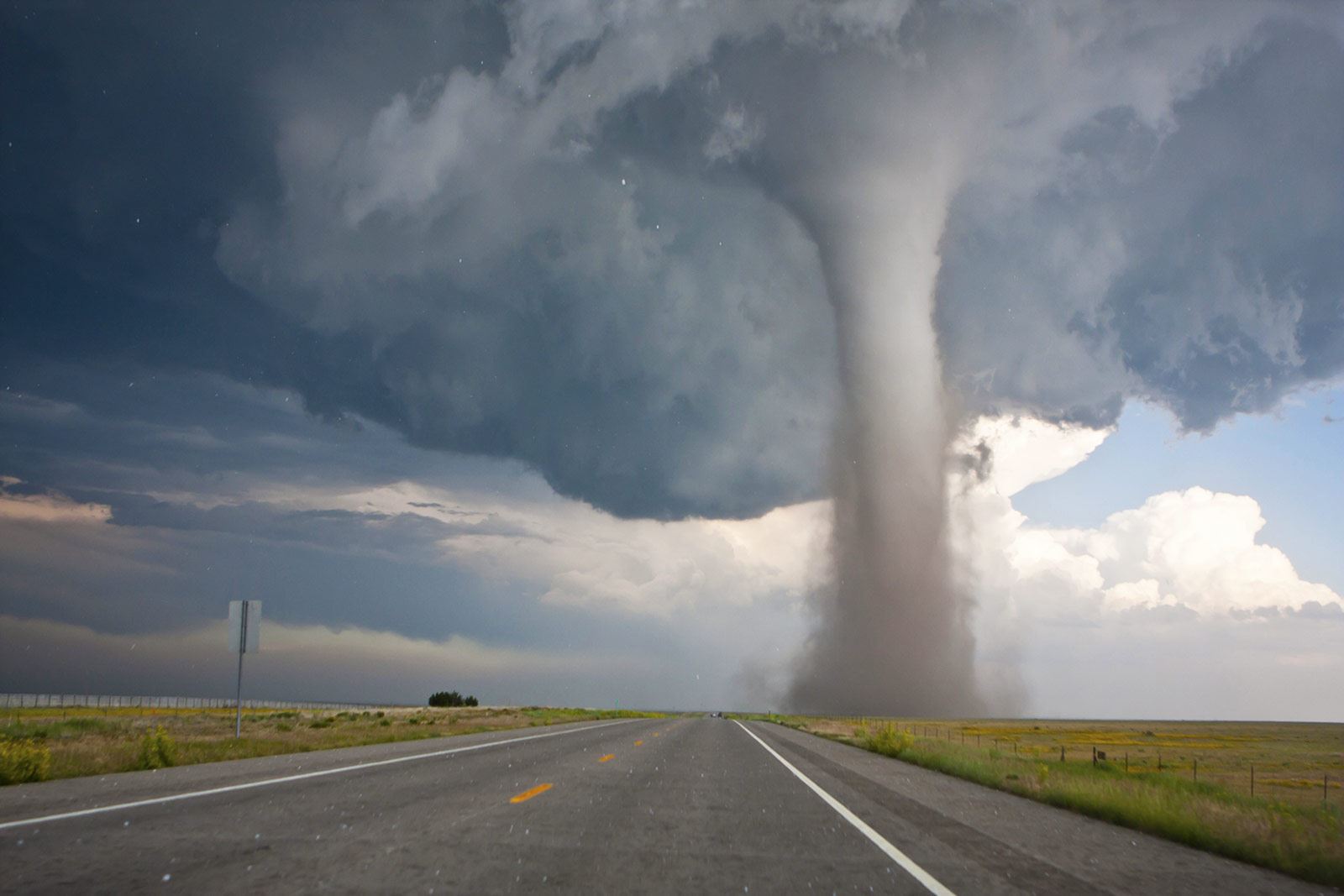 A tornado is a narrow, violently rotating column of air that extends from the base of a thunderstorm to the ground. It is hard to see a tornado until it forms condensation within the funnel made of water droplets, dust, or debris.Tornadoes are the most violent of all atmospheric storms. While tornadoes occur throughout the world, the United States averages around 1,200 a year, one of the highest concentrations in the world.

Tornadoes form primarily from supercell thunderstorms, those with well-defined radar circulation. A rotating updraft is key to the development of the supercell and eventually the tornado itself. Often winds at ground level are slowed by friction while winds in the upper levels of the supercell move much faster.

Rising air, often warm and moist, begin to develop the "tube" which then creates a vertical rotation. This vertical updraft fed by the warm moist air can lead to the formation of the tornado.

Tornadoes can also form in non-supercell thunderstorms, hurricanes, and other coastal storms. The National Weather Service reports that on average only 20% of supercell storms will develop tornadic activity.

Damages caused by tornadoes are usually the result of high wind velocities and wind-blown debris. Lightning and hail usually accompany these storms and can also result in damage.

On average, tornadoes kill about 60 people per year, mostly from falling or flying debris.

Peak tornado season in the Southeast is March through May and in the northern states it runs from late spring through early summer. They can occur at any time of the day, but are most likely to occur between 3 and 9 p.m. Structures of light construction, such as mobile homes, are at the greatest risk for damage from tornadoes.

According to the National Oceanic and Atmospheric Administration, the Storm Prediction Center in Oklahoma City has the highest concentration of tornado activity for a city. North Carolina and Onslow County have approximately 1-6 tornadoes per average year.

The states with the highest concentration of tornados are: 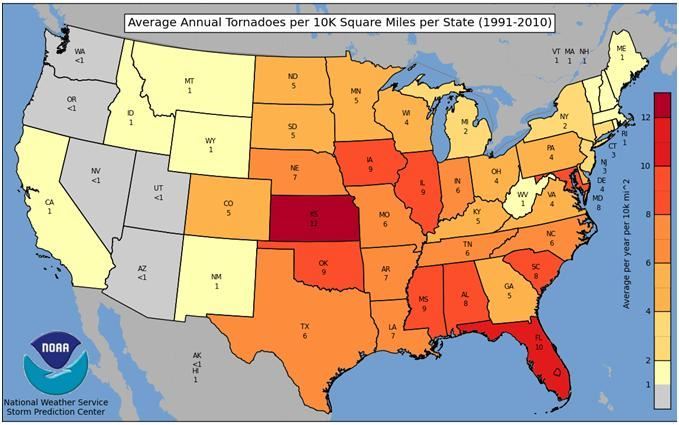 A tornado is reported by its magnitude according to the Enhanced Fujita Scale (EF Scale). The EF Scale became operational on February 1, 2007, replacing the original Fujita Scale. The scale assigns a "rating" based on estimated wind speeds and related damage.After a tornado occurs, field surveyors will compare a list of Damage Indicators (DI) and degrees of damage to help estimate the range of wind speeds that were likely produced. The highest radar motion detected was over 300 mph.

Waterspouts are weak tornadoes that form over the water and are most common along the Gulf Coast and the Southeastern United States. Waterspouts will occasionally move inland, becoming a tornado that can cause damage and injury.Most waterspouts will dissipate over open water causing the highest threat to marine and boating interests. Typically, waterspouts are weak and short-lived and most go unreported unless they cause damage.

What to do before a tornado


Familiarize yourself with these terms to help identify a tornado hazard:

Tornado Warning - A tornado has been sighted or indicated by weather radar. Take shelter immediately.

Injuries may result from the tornado or after a tornado when people walk among and clean up debris. Watch out for sharp objects, especially nails and glass. Look out for damaged power lines, gas lines or electrical systems. There may be a risk of fire, electrocution or an explosion.