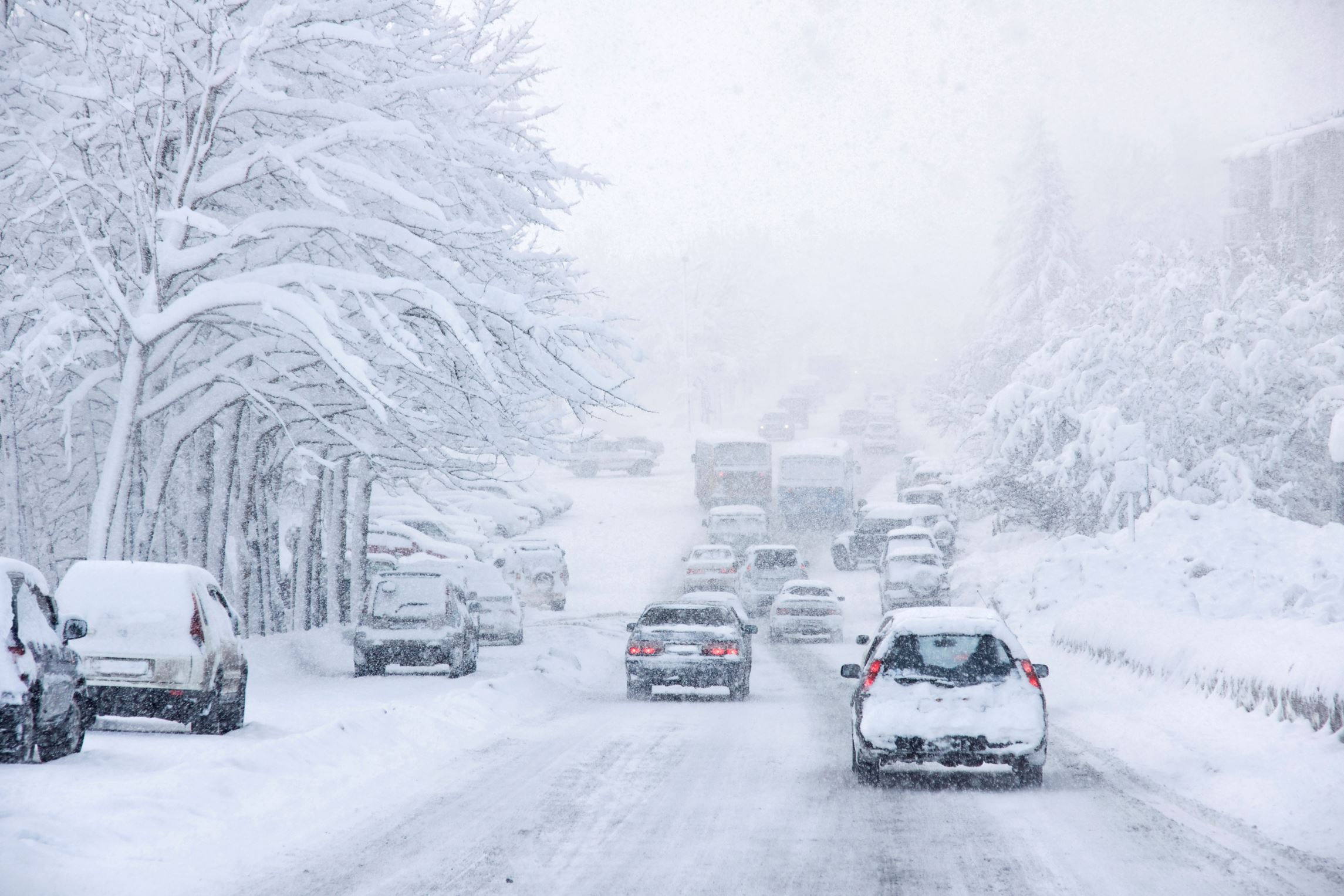 Winter storms can range from moderate snow over a few hours to a blizzard with blinding, wind-driven snow that lasts for several days.

Many winter storms are accompanied by dangerously low temperatures and sometimes by strong winds, icing, sleet, and freezing rain. Some winter storms may affect the entire state or be geographically local to the southeastern coastal plains.

Sleet is formed when raindrops freeze to form an ice pellet before reaching the ground where it will bounce but does not usually stick to objects. However, sleet can accumulate, like snow, and create hazardous driving conditions.

Freezing rain is rain that falls to the ground where the temperature is below freezing and allows the rain to create a glaze of ice on roadways. An ice storm occurs when freezing rain falls and freezes upon impact with objects and creates hazards for power lines, roads, and trees.

A freeze event is marked by low temperatures below the freezing point (32° Fahrenheit).

A heavy snow event is defined by the National Weather Service as an accumulation of 4 or more inches in 12 hours or less. A blizzard is the most severe form of a winter storm. It combines low temperatures, heavy snow, and winds of 35 miles per hour or more, which reduces visibility to a quarter-mile or less for at least three hours. Winter storms are often accompanied by sleet, freezing rain, or ice storm. Such freeze events are particularly hazardous as they create treacherous surfaces

Before Winter Storms and Extreme Cold


Get ready for a winter storm:


Check or have a mechanic check the following items on your car:

During Winter Storms and Extreme Cold


If you must travel, the North Carolina Highway Patrol gives the warnings below.


If you become trapped in your car:

After Winter Storms and Extreme Cold

Learn From Every Storm


Restock your emergency supplies to be ready in case another storm hits.


Rain that freezes when it hits the ground, creating a coating of ice on roads, walkways, trees and power lines.


Rain that turns to ice pellets before reaching the ground. Sleet also causes moisture on roads to freeze and become slippery.

A winter storm is possible in your area. Tune in to NOAA Weather Radio, commercial radio, or television for more information. The NWS issues a winter storm watch when severe winter conditions, such as heavy snow and/or ice, may affect your area but the location and timing are still uncertain. A winter storm watch is issued 12 to 36 hours in advance of a potential severe storm. Tune in to NOAA Weather Radio, local radio, TV, or other news sources for more information. Monitor alerts, check your emergency supplies, and gather any items you may need if you lose power.

A winter storm is occurring or will soon occur in your area.


Sustained winds or frequent gusts to 35 miles per hour or greater and considerable amounts of falling or blowing snow (reducing visibility to less than a quarter mile) are expected to prevail for a period of three hours or longer.


Below freezing temperatures are expected.


Want to learn more about winter weather and extreme cold? Visit these sites for more information: